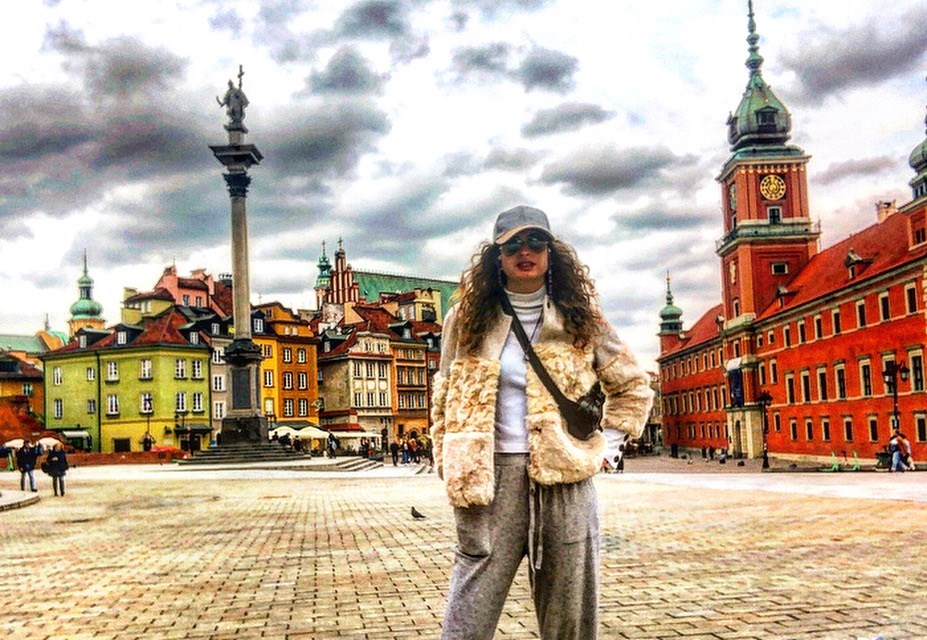 Visiting Warsaw, the capital of Poland

Hello to everyone, I hope you’re doing well or even better! In this post I wrote a complete guide of what you should do during your visit in Warsaw, the capital of Poland! From remarkable facts of the country regarding to its past relationship with the Jews and their present relationships with Israel State, to the most unpredictable and unknown cultural facts of the country, the spots where you should go to catch the best sunset and the places to eat more of the typical food! Let’s start!

A brief history of Poland and the city of Warsaw!

I recommend you to take the Free Tour of the city, that starts every morning around 10am in the Old Town Market square so you can understand better the history of the city and the country as well.

Meanwhile, I will tell you the city of Warsaw is indeed very old, having more than 1400 years of history. During the course of time, it has evolved from being just a composition of villages to become on of the major European powers, the Polish-Lithuanian Commonweatlh.

The last time Warsaw was destroyed was when the Germans in 1944 after the Polish Uprising (when the Polish army put resistance agains the germans in order to recover the power of its city) the Germans decided to destroy around the 80% to the 90% of the buildings of the city including museums, theatres ,parks.. an so all the main Warsaw culture heritage.

Even the massive destruction of the city, the Poles decided to reconstruct it all.

As I was saying above, in 1944 there was an event in Warsaw called the “Warsaw Uprising” in which the polish army organised resistance to liberate Warsaw from the German occupation.

The Royal Castle is more of a Palace, in which the Kings of Poland used to live before Poland turned out to be a Republic in 1918. The building is situated in the entrance of the Old Town Square (or also called Market Square).

There’s some remarkable facts that historically took place into that Castle as for instance, the declaration of the Constitution 3 of May 1791, being this the first of this type in Europe and second oldest in the continent.

The Royal Castle together with the Old Town were then recognised as UNESCO World Heritage Sites.

In the present time, there’s a museum you can visit inside of the building that explains the history of the Royalty in Poland, you can visit the Castle and observe its art pieces, and for free. You’ll only have to pay for the audio guide. 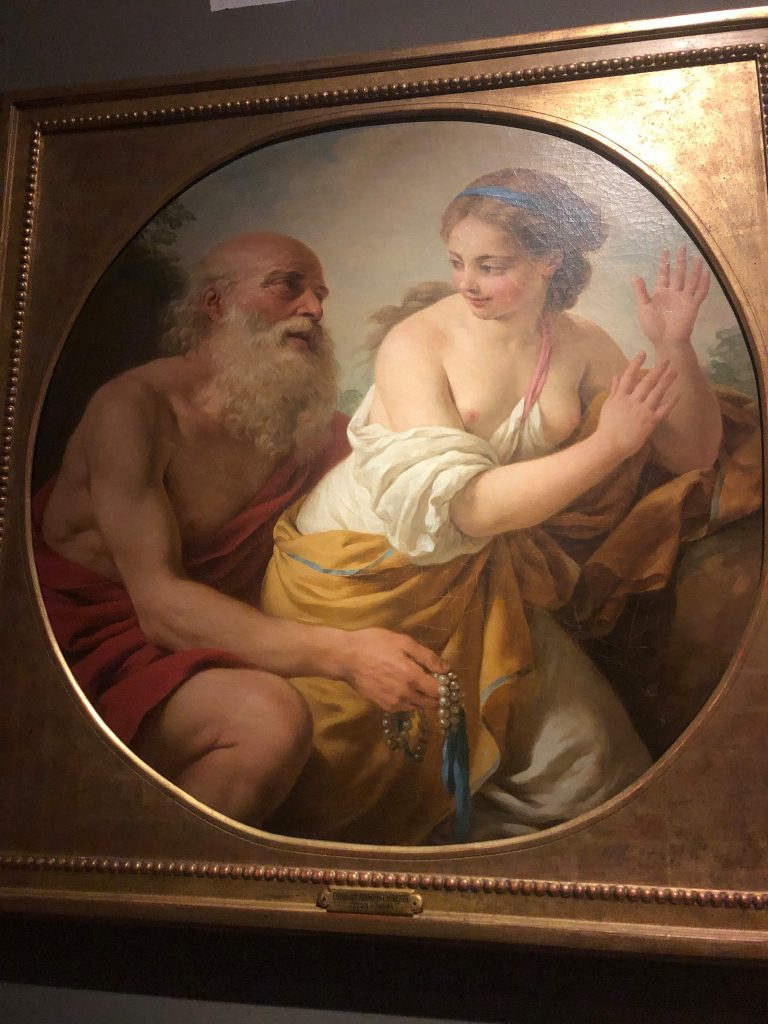 Last September 2019, I had the choice to visit Poland for the first time. By that time, I visited the city of Krakow, and because I did end up without writing a post about my interesting visit into that city, I’ll profit today’s post to do so.

Specially, I would like to focus on my visit to the Jewish quarter of Krakow also called as “Kazimierz” in order to better introduce the history of Jews in the country of Poland. I also, I could learn a lot by taking the Free Jewish Tour that the city of Krakow was offering by that time, and I’m pretty sure that if the current situation allows it, it will still be going on.

To start with, it is important to highlight that before the Nazis occupied Poland during the IIWW (Second World War), Poland was the country in Europe in which more Jews lived in. Only in the city of Krakow, there used to live 68,000 Jews. Today, after the Holocaust took place and Poland get occupied by the nazis, only 12,000 Jews live in the whole country. So imagine, how big the decrease on numbers was.

Even in that case, you still can find nowadays the Jewish fingerprint, as in the city of Krakow or the city of Warsaw. By visiting the Jewish quarter in Krakow, you’ll find plenty of Synagogues, Jewish houses, statues, cemeteries, cafeterias.. even schools to learn hebrew and walls written in hebrew as well. In Krakow you’ll also find the Ghetto, the quarter in which Jews used to hide from the nazis.

In Warsaw, the capital of Poland, I couldn’t find as much fingerprints from the Jews as I did in Krakow, which I believe it was where more Jews used to live in Poland. Though, there was still a small community placed in a street in  front the ‘Palace of Culture and Science’ but yet and as always hidden from the people. Yes, truly, Jews have always been hiding, specially the Orthodox and Ultra-orthodox, That’s why it becomes so difficult to find the Jewish fingerprint outside their own country.

In this community that I found, there was: a school to learn hebrew in which some relevant facts about Judaism were explained. Next to this school, you could find a small ‘Kosher’ store where you could find specific israeli items (like food, beverages and some sort of jewish candles to decorate your house). The ‘Kosher’ is a certificate the Rabbi of every community (like the religious person who’s in charge) provides to those aliments that follow the Jewish diet Law in which for example products that mix meat and cheese are totally forbidden.

And next to the store there was a Synagogue in which I couldn’t enter because at 4pm they closed it. Yes, in Poland everything goes pretty early, in the sense that they have an early schedule, early time to eat, to shut, to go out and so on.

The museum has free entrance on Thursdays. Worth the visit, as the exposition explains you the history of the Jews populations from the medieval époque until today, specially their history in Europe and Poland. Take on account that every day, there’s some museum in Warsaw that offers free entrance, just be informed of which it is and go visit it during its free day. 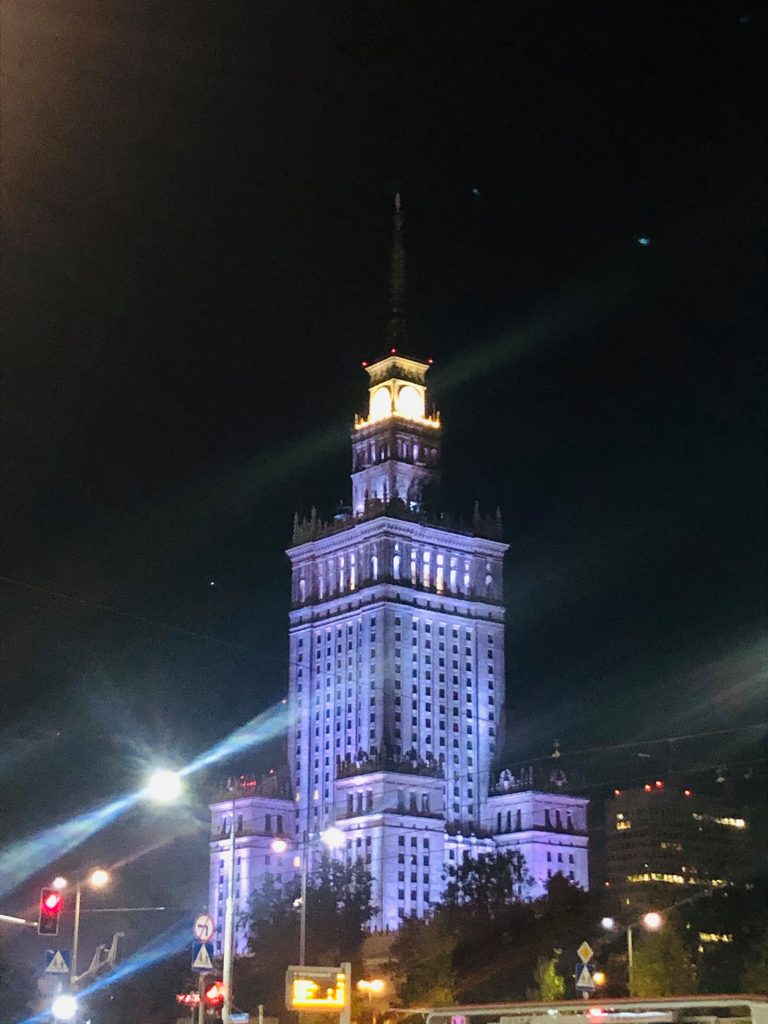 Welcome to the Palace of Culture and Science. Of course I couldn’t write an informative post about the city of Warsaw (and thus, the capital of Poland) without mentioning that iconic building the city is recognised for. If you have the chance of visiting Warsaw, you absolutely need to check out, as the building is placed next to one of the main commercial streets, Marszalkowska street, and is close to parks, restaurants, cafés and many other interesting spots.

Plus during the night it turns out colour violet so it gets more beauty. Personally, it remained to me to a small copy of the Rockefeller center placed in NYC (but of course nothing to do with it reallly, though the architecture is kinda similar).

Did you know 'Marie Curie' was polish?

Born as ‘Maria Salomea Skłodowska’, she was a Polish physicist and chemist who conducted pioneering research on radioactivity. She was called ‘Curie’ of surname because she married a french men it was due that she lived a very long time in France, that the French buried her in Paris and that the French State pretended to consider her as french. Therefore, many people nowadays will confuse her origin. Myself included in that group, because I also thought she was french. But thanks to my visit to Warsaw, I now know she’s polish

I hope that fact could be also useful to you!

Same that with Marie Curie,  Fryderyk Franciszek Chopin, was a Polish composer who is knew by his french surname as his mother was french. He was a virtuous pianist of the Romantic era who wrote primarily for solo piano. Yet, he was polish, but also many people will easily confuse him as a french composer because we was having a french surname. 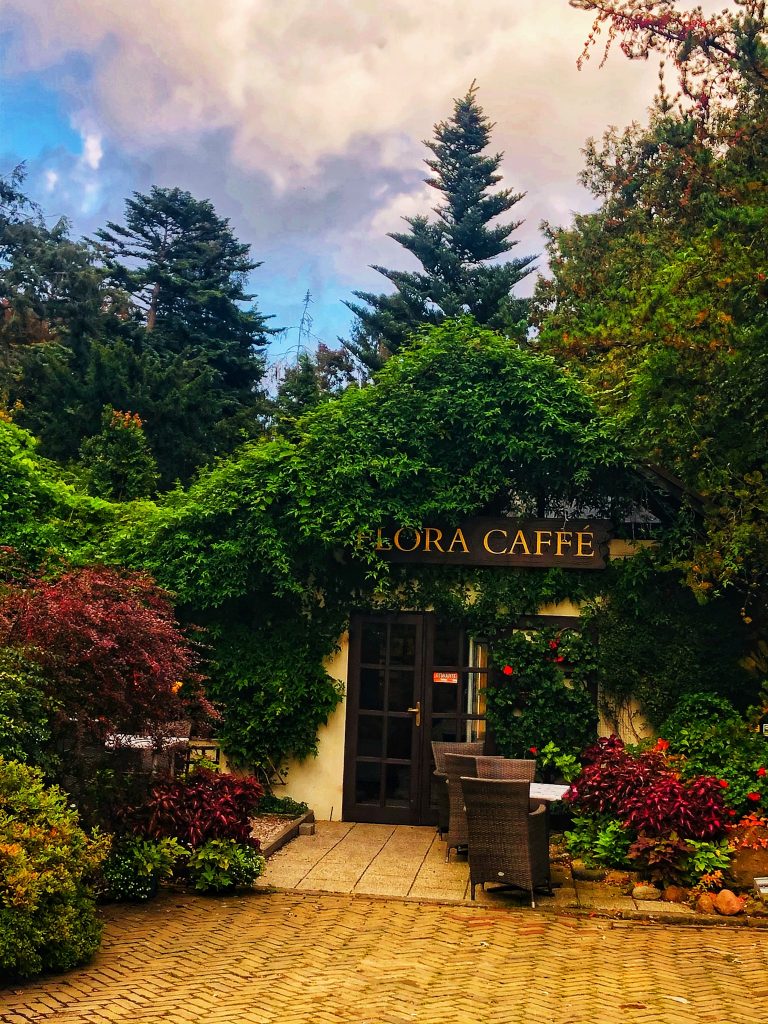 There’s several parks in Warsaw that might be of your interest to visit, but the most outstanding int terms of nature, flowers and beauty will be: ‘Park im Marszalka Edwarda Rydza Smiglego ( I know you might be thinking, what an easy name, right?

) and then right next to this interesting park you’ll find the one you can’t absolutely miss: the ‘Ogrod Botaniczny Uniwersytetu‘ that is the Botanical Garden of the University, filled with all kind of plants, flowers and species on different colours. This last one is 5 plz the entrance, so 1,5 euros, but is worth the visit pretty much!

Such stunning sunsets that I could watch in Warsaw!

As you can see, sunsets in Warsaw are all but stunning. That was the view I could observe several days on a row from ‘Marszalkowska street’ one of the main commercial streets of the city of Warsaw, that is full of shopping centres and beautiful parks and skylines nearby. I should admit that since some years ago I started becoming a sunset lover as well as a sunset catcher. When I lived in Tel Aviv, I was surprised by the amount of outstanding beautiful sunsets the week could come with. From the beach, it was perfect to observe, and the colours of the sky every day more intense and surreal. Here, in this city, I could observe the sunsets are pretty beautiful too, so take my piece of advice and go there by mid afternoon to observe and loss yourself through the beauty of the day.

Definetely, there’s something special in the city of Warsaw, that makes it be the capital of Poland. The very concrete history the encompasses so many different periods, suffering constant deconstructions to afterwards endless reconstructions, the Warsaw upraising in which the Polish Army in Warsaw resisted to the Germans occupation of the city, the multiple Kingdoms and its republics, the times in which Poland lost its sovereignity and ended up not being anymore a country, the Polish-Lithuanian Commonwealth, (that occupied the largest territory in Europe), the Jewish communities being one of the largest in Europe.. all those historical facts have left a mark into what the current present of the city as well as of the country looks like.

As always thanks to follow this content, and to read them! I hope that by doing that you would have learnt something new! Don’t forget to take a look into my other social media accounts! See you there!

Experience Brussels as a LOCAL