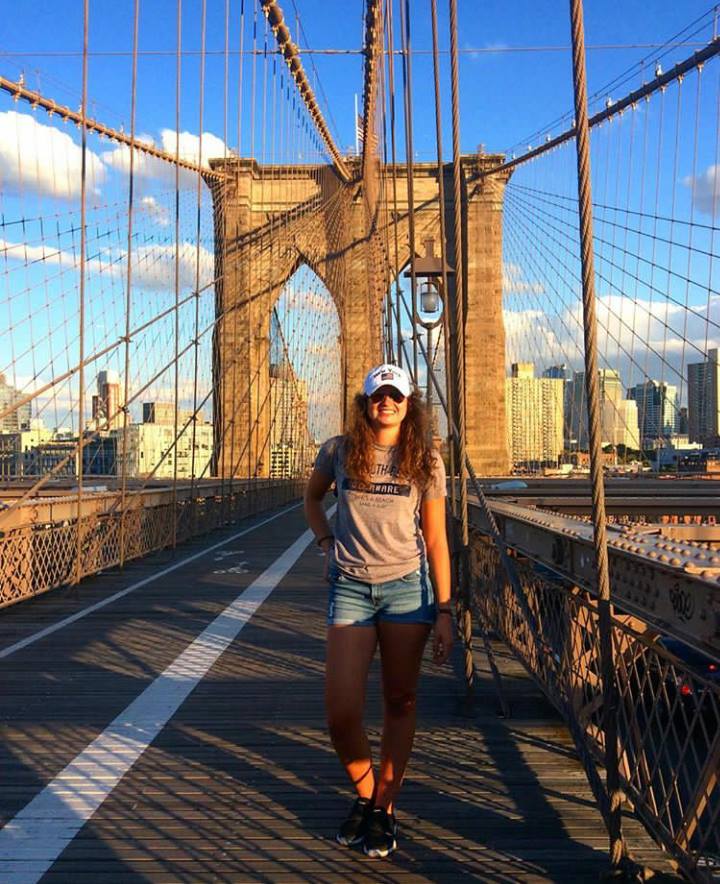 I visited the city of New York at the end of summer 2018. I spent the whole summer in the US with a “Work & Travel” program “a program any university student can attend in the US that allow the person to have a summer job in the US and one month extra visa to travel around the US”. After months of hard work I decided to visit the city of New York.

Best way of transportation in NYC:

Without any doubt, the best way of going everywhere in NYC is by metro. Is not only the most affordable way to do it but also the faster and most practical. As NYC is a huge city, and you’ll need to take the metro at least 6 times per day of visit, buy the NYC Metro Card for few days or a week because it will be cheaper than doing it per journey.

Useful tips to take correctly the metro in NYC: even if NYC its a huge city, don’t stress. Taking the metro is the easiest thing on Earth. You only need to know one thing: “do you go uptown, or downtown ?(Upper Manhattan or Lower Manhattan). If you are in the number 50 of the Avenue and you need to arrive to the 80 that will mean you’re going Upwntown. And so on. Easy. Almost impossible to take the wrong metro or to be lost.

Where to stay in NYC?

I stayed in HI NYC Hostel. In terms of location, it was only 2mins by walk to the Metro Station. Keep in mind that NYC is not a city coverable by foot. So anywhere you stay, you’ll have to transport long ways in order to cover all its tourist attractions. Though I recommend you to look for accommodation that is in Manhattan district. As a tourist it is the best district to see everything.

In terms of price, the HI NYC Hostel was affordable for being NYC. Also keep in mind, NYC, as Tel Aviv, is ranked between the 10 most expensive cities in the world (being most expensive that even TLV). So, accommodation will be expensive too. The good part of the HI NYC Hostel is that it offers rooms shared with 10 people, which reduces the cost to 40$ per night during the week and 50$ on weekends. And I don’t think you can find anything for less than that.

Instead of telling you the places I’ll better provide you with an intinerary of 4 days of visit, with the best options for each of the days.

I will recommend that the first thing you do and specially if it is your first day in NYC, is to go straight to Times Square. I think everyone needs to loss its NYC virginity by visiting that peculiar and iconic place. Times Square is the sum up of NYC as a whole; you’ll see everything there, all kind of people, thousands of Ads in the buildings, huge buildings, and theres going to be always things going on. Enough interesting. Also it is close to few touristic attractions as the MOMA : Museum of Modern Art, the Rockefeller Center and its unique skyline views, or even the Fifth Avenue.

If you continue walking around 7th Avenue you’ll find the famous huge M&M store and much more. Check it out!

-The MOMA is 14$ to visit for all of those carrying a student card. Otherwise is 25$. So the student discount is pretty nice. 😄

Wake up as early as you can, for example at 7 am.D Don’t loss time sitting for the breakfast, take a baggel and a coffee in some street food post instead and eat/drink them while you’re already in the Metro. I beg every Newyorker does it in its routine.

Take a metro to South Ferry metro station, the southern most part of the city. From there, you can take the Free Ferry to the Staten Island. That way you’ll able to see the Statue of Liberty from the Hudson River. If you wanna step your foot into the Statue then you’ll have to pay another transport, but for me seeing it from the boat was enough.

After the ferry trip I recommend you to walk towards Wall Street, the world most relevant financial district. You’ll have the chance of seeing and touching the Bull balls for good luck, and why not, eat a “burrito” while seeing its fancy dressed people walking around.

From there you can take the metro uptown to the China Town. And walk from there to the Soho which is pretty close (not less than an hour by walk, but that’s the minimum according to NYC distances, I guess 🙈). Once in the Soho you’ll find the most futurist and vanguardist shops in terms of Marketing. As well as lots of art galleries.

From there, you’ll be able to walk towards the Brooklyn Bridge (again, hour or more) and see the best Manhattan views. Once you had crossed, I recommend you to go to Dumbo district and end up your day while having a Blue Lagon (american beer) while watching the sunset to Manhattan.

I recommend you to start your day by visiting the Rockefeller building including the Top of the Rock, which offers “the best views I ever seen, ever seen, and ever seen to the Big Apple”.

Then take the metro uptown towards “Central Park” and spent your morning walking around that huge park where you’ll find people marrying or just drinking coffee in one of its multiple cafeterias.

Don’t miss to visit “Stawberry Fields” the memorial you’ll find inside of the same park to John Lennon. In which, every day people reunite there to play its songs.

In front of the Strawberry Fields memorial you’ll find the Dakota building. Where John Lennon used to live and where he was murdered as well. Afterwards, you can take the metro towards the Harlem area. There you’ll find the sub-african-culture of the NYC. With churches where people sing Gospel, and full of good restaurants and jazz bars. Worth visiting!

Visit the UN Headquarters in the morning. The visit it’s for free but just keep in mind that during the weekends you can only see the exposition of the building, but you can not access to the main organisms as the UN General Assembly.

From there you can walk (again during an hour or more) towards the Flatiron Building area, that asymmetric famous NYC building. In that area, I found the best veggie burger ever, and yes it was from a food street post all over again 😂.

After that short visit I took the metro towards the World Trade Center, where the Twin Towers where placed before the 11/9 attacks happened. There you can visit its memorial museum that costs around 20$ and takes 1-1.30h waiting queue.

Where to go out in NYC?

I unfortunately couldn’t explore so much of the nightlife while I was in NYC, as I only had 4 days and wanted to profit the days to see as much as possible. I recommend you to do the same, in case you are there for the 1st time and you want to know the city properly. Anyway, the last night I did it, and went to a very highly rated club called: “Le Bain”.

It offers unique views to Manhattan, has a huge rooftop and a pool inside in which people get in half undressed. Check it out!

And that will be all that I recommend you to do while your 4 days stay in NYC! If you enjoyed the post, leave me a comment, and follow me on my other social media accounts 😃 Thanks!